To highlight the future plans, he mentioned COMSTECH capacity building initiative in infectious diseases (“preparing for the next pandemics”), artificial intelligence initiative for health and agriculture, science diplomacy and university-industry initiative. He emphasized the revival of the Science Technology and Innovation Organization (STIO) approved by OIC, and obtained contributions from Saudi Arabia, Turkey, Iran, and Malaysia. Prof. Choudhary mentioned that the programs and activities planned for 2020-21 are from a working paper, prepared on the instruction of the President of Pakistan who is the Chairman COMSTECH as well.

The Minister assured him the fullest support of his Ministry in fulfilling the mission of COMSTECH for science and technology cooperation in OIC member states. He has shown confidence that through COMSTECH, Pakistan will also be able to build its capacity in future fields of science and technology through bilateral and multilateral cooperation with leading institutions in OIC countries.

COMSTECH is the Ministerial Standing Committee on Scientific and Technological Cooperation of the OIC (Organization of Islamic Cooperation) which was established by the Third Islamic Summit of OIC held at Makkah, Saudi Arabia in January 1981. COMSTECH is composed of all the member states of the organization represented by their ministers of science and technology or nominated representatives. The President of Pakistan is the chairman, Prime Minister of Pakistan is the co-chairman and the Coordinator General is the Chief Executive of COMSTECH which is the only OIC organization chaired by Pakistan.

“COVID-19 Epidemiology Evidence Based Policy and Prospects for Vaccine.” By Prof. Dr. Saad B. Omer 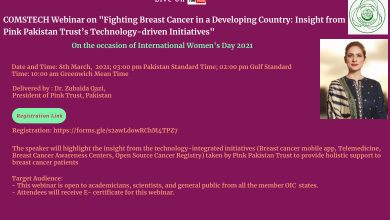 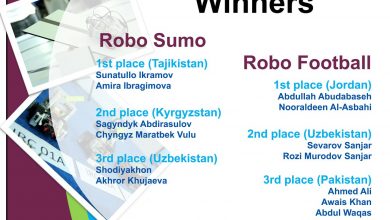 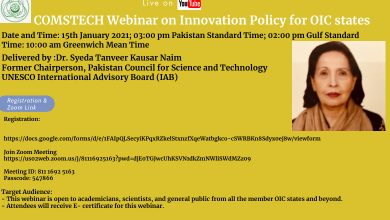 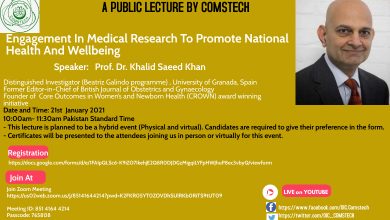