COMSTECH conferred awards in the categories of basic sciences and excellence in science and technology to the award laureates from Algeria, Egypt, Iran, and Turkey in a ceremony held at COMSTECH. The award shields and certificates were presented to the Ambassadors of the respective countries by the Coordinator General, COMSTECH Prof. Dr. M. Iqbal Choudhary.

COMSTECH decided in 1996 to institute science awards to recognize outstanding research work carried out by the scientists who are citizens of, and working in, OIC member states. Each award carries a certificate, shield of honor and a cash prize. These awards are conferred upon the recipients by H.E. President of Pakistan (Chairman COMSTECH).

In the category of basic sciences COMSTECH awards in four basic fields; Biology, Chemistry, Mathematics, and Physics. Each award carries a cash prize of US$ 5000.

Best Young Researcher Award, Best Scientific Book Award, Award for Patent, and Best Research Paper Award are conferred under the category of excellence in science and technology. Each award carries a cash prize along with a shield of honor and a certificate of recognition.

A virtual Seminar- One Health 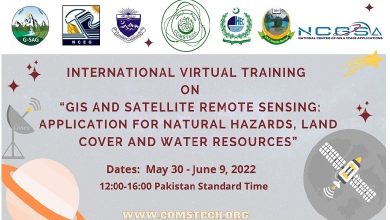